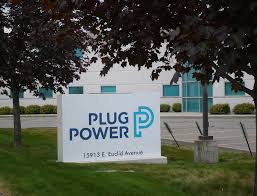 Plug Power was one of the first promising tech wonders in this region. The value of its stock zoomed up before it zoomed down. It has had its ups and downs. With its Rochester acquisition it will be able to build more efficient fuel cells as it expands into the on road territory. Plug Power is now outfitting FedEx trucks with hydrogen engines, a step beyond it core market. Plug Power CEO Andy Marsh said “We’re looking forward to working together to create a cleaner, more efficient future as on road applications grow, and electric fleet vehicles increasingly become the norm.” Plug Power has been using fuel cells to power forklifts in warehouses and distribution centers. It has shipped more than 20,000 fuel cell units to dozens of customers like Amazon.com, Inc., Walmart and Nike. Plug Power is one of the largest manufacturers in the area and is one of the areas few public companies.